HISTORY OF ROCK & ROLL: From Bop to Hip-Hop

This course offers in-depth tour of “Rock and Roll” history. It is filled with information and tools for teachers of grades 6-12, or for any teacher who wishes to incorporate “Rock and Roll” into classroom curriculum. Celebrate Rock and Rolls 60th Anniversary by riding this “Magic Bus” through the world or Rock and Roll. You will listen to, view and study the vocal artist and bands that shaped the History of Rock and Roll. Starting with the early Delta Blues, Country Music and Gospel you will study how these early roots played a significant role in developing today’s rock sounds.
Follow the evolution from these early pioneers of rock as this course  “blasts into the past” from the 50’s, the early 60’s with the British Invasion, the Height Ashbury/San Francisco sound, the Vietnam era and songs of protest, the Popin’ 80’s Disco vs. Punk, Metal bands, the roots of Rap, Hip/Hop, and the cross over into today’s genres bending music.
With your special “backstage pass” for online supplemental materials, you will have total access to a complete “You Tube” list of rock bands and artists and like you’ve never seen before. Plus, if you choose to purchase the DVD's “The History of Rock” Discs 1-5, Warner Brothers’ Home DVD Set. Each of the 5 DVD’s discs contains two one-hour episodes. There is an option to view these videos for free via YouTube.
This magical mystery tour is waiting to take you away. Roadies, sidemen, and groupies are encouraged to hop aboard and boogie on down. Guaranteed to blow your mind.
Your “tour guide” textbook is Rockin’ Out! Popular Music in the U.S.A. by Reebee Garofalo, fourth Edition, or later, is available new and used at Amazon.com starting at $7 plus shipping. It is also available at local libraries, and from Powell’s Books online.
Of course no trip is complete without the necessary travel equipment: Access to a computer, free access (unrestricted) to the internet, free access  to “You Tube”.

LEARNING OUTCOMES: Upon completion of this course, participants will have:

COURSE REQUIREMENTS:
Completion of all specified assignments is required for issuance of hours or credit. The Heritage Institute does not award partial credit.

REQUIREMENTS FOR UNIVERSITY QUARTER CREDIT
Continuing Education Quarter credits are awarded by Antioch University Seattle (AUS). AUS requires 75% or better for credit at the 400 level and 85% or better to issue credit at the 500 level. These criteria refer both to the amount and quality of work submitted.

CREDIT/NO CREDIT (No Letter Grades or Numeric Equivalents on Transcripts)
Antioch University Seattle (AUS) Continuing Education Quarter credit is offered on a Credit/No Credit basis; neither letter grades nor numeric equivalents are on a transcript. 400 level credit is equal to a "C" or better, 500 level credit is equal to a "B" or better. This information is on the back of the transcript.

AUS Continuing Education quarter credits may or may not be accepted into degree programs. Prior to registering determine with your district personnel, department head or state education office the acceptability of these credits for your purpose.

If you choose to purchase the DVD's of The History of Rock and Roll Disc 1-5, DVD five disc set; Warner Brothers Home DVD (2004). Used eBay about $45.00 or you may find and access the videos on YouTube. Video URL's are accessed via your student assignments located on your student dashboard.

The course textbook, Rockin’ Out! Popular Music in the U.S.A. by Reebee Garofalo, fourth, or later, Edition, ISBN-0-13-2343305-3, is available new and used starting at $7 from Amazon.com. It is also available at local libraries Or A free 2008 older edition version of the text can be view with a subscription to: Internet Access https://archive.org/ (copy and paste) You will need to sign up for an account to check out the internet version. Please note that the older editions may not correspond with the assignments numbers. Please adjust your reading to match the assignments.

Assignments done in a course forum will show responses from all educators active in the course. Feel free to read and respond to others comments. 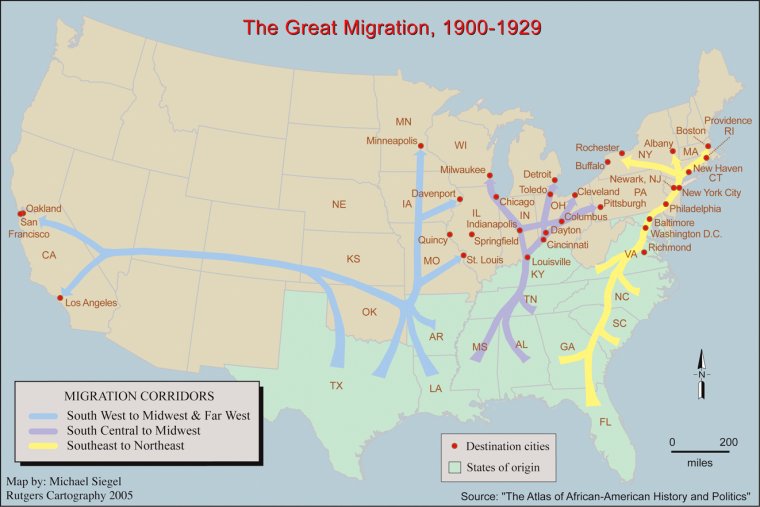 Assignment #4: View “The History of Rock and Roll”

Assignment #6: “The History of Rock and Roll”

Assignment #8: Punk & Up From The Underground

Some suggested artist are listed below.

A Tribe Called Quest – “I Left My Wallet In El Segundo”(1990) Fun clip about an adventure of four boys and a lost wallet.

Tupac Shakur “Dear Mama” (1996) A song cut for his mother released after his death.

Interview: Where were you when Tupac died? (1996) Strong language used.

Destiny’s Child, “Say My Name” (2000) Beyonce prior to moving into her solo career.

Nelly Furtado, “I’m Like A Bird” (2000) Nelly romping in the wood with a few special effects.

OutKast: “Ms. Jackson” (2001) Andre 3000 and Big Boi are fixing up the house that is desperate need of repair. Edited language (one Hell)

NickleBack, “You Remind Me” (2001) AOL Unplugged. Pure sound with grit.

Shania Twain, “Man! I Feel Like A Woman” (2003) A cover video of Robert Palmers “Addicted To Love ”. Cross over country pop.

Madonna, “Vogue” (1990/2004) Live Footage for the Re-Invention Tour. This is the only version you could possibly show.

Darryl McDaniels (DMC) and Sarah McLachlan “Just Like Me” (2006) Raps about being adopted. “Cat’s in The Cradle” by Harry Chapin sung in back ground.

Beyonce, “At Last” (2008) Live Fashion Rocks or another version sung for the Obama’s at the inaugural ball.

Add any other artist or group to your list that you feel needs to be added.

In this section you will apply your learning to your professional situation. This course assumes that most participants are classroom teachers who have access to students. If you do not have a classroom available to you, please contact the instructor for course modifications. Assignments done in a course forum will show responses from all educators active in the course. Feel free to read and respond to others comments.

In addition to the 400 level assignments, complete one of the following:

Option A)
Develop a Power Point presentation about one Rock and Roll Artist or Band that you feel contributed to the shift of genres or made a historical impact for their era.

OR
Option B)
Write a 2-3 page reflection on the ways that the early rock and roll artists or bands compared and comment on how they influenced the rock artists and bands of today.
OR
Option C)
Another assignment of your own design with the instructor’s prior approval.

INSTRUCTOR COMMENTS ON YOUR WORK:

Please indicate by email to the instructor if you would like to receive comments on your assignments.

QUALIFICATIONS FOR TEACHING THIS COURSE:

Debora Supplitt M.F.A-A.Ed./M.Ed. received her Masters (M.Ed.) and Bachelor of Art (B.A.) degree from San Francisco State University and Masters of Fine Arts in Art Education (M.F.A.-A.Ed,) from Boston University. She has worked with students of all levels, including preschool, elementary, middle school, high school and professional educators, since 1980. She is certified in Washington, Oregon and California in Pre/K-12-Adult Special and Elementary Education and is highly qualified in the core areas of Art, Music, Reading, and Special Education as well as being a trained Intervention Specialist. Debora knows the importance of providing a creative environment where all students and teachers can thrive. Presently she is working in her dream position as a full time middle school Art Teacher. Debora provides classroom teachers with the tools and resources needed to integrate art into the daily curriculum and is always busy developing new, creative and fun workshops for teachers. She is passionate about providing exciting, meaningful, useful and fun filled continuing education for all teachers.

HISTORY OF ROCK & ROLL: From Bop to Hip-Hop

Garofalo, Rebee.  Rockin’ Out Popular Music in the U.S.A. Fourth Edition, (or later, 2008) paperback, 536 pages. ISBN- 0-13-2343305-3
Rockin' Out offers a comprehensive history of popular music in the United States from the heyday of Tin Pan Alley to the present day sounds of electronic dance music and teen pop, from the invention of the phonograph to the promise of the Internet. It offers an analysis and critique of the music itself as well as how it is produced and marketed.

Google: www.google.com
Google Inc. is an American public corporation, earning revenue from advertising related to its Internet search, e-mail, online mapping, office productivity, social networking, and video sharing services as well as selling advertising-free versions of the same technologies. Google has also developed an open source web browser and a mobile operating system. The Google headquarters, the Googleplex, is located in Mountain View, California. As of 31 March 2009 (2009 -03-31), the company has 19,786 full-time employees. The company is running millions of servers worldwide, which process about 1 petabyte of user-generated data every hour. Google conducts hundreds of millions of search requests every day.

NetFlix: http://www.netflix.com
​​​​​​​NetFlix is an online DVD and Blu-ray Disc rental service, offering flat rate rental-by-mail and online streaming to customers in the United States. Established in 1997 and headquartered in Los Gatos, California, it has amassed a collection of 100,000 titles and approximately 10 million subscribers. The company has more than 55 million discs and, on average, ships 1.9 million DVDs to customers each day.

Rock and Roll Hall of Fame: http://www.rockhall.com
Inductee List: Leaders in the music industry joined together in 1983 to establish the Rock and Roll Hall of Fame Foundation. One of the Foundation’s many functions is to recognize the contributions of those who have had a significant impact on the evolution, development and perpetuation of rock and roll by inducting them into the Hall of Fame. http://www.rockhall.com/inductees/inductee-list

You Tube: www.youtube.com
YouTube is a video sharing website on which users can upload and share videos. Three former PayPal employees created You Tube in February 2005. In November 2006, You Tube, LLC was bought by Google Inc. for $1.65 billion, and is now operated as a subsidiary of Google.