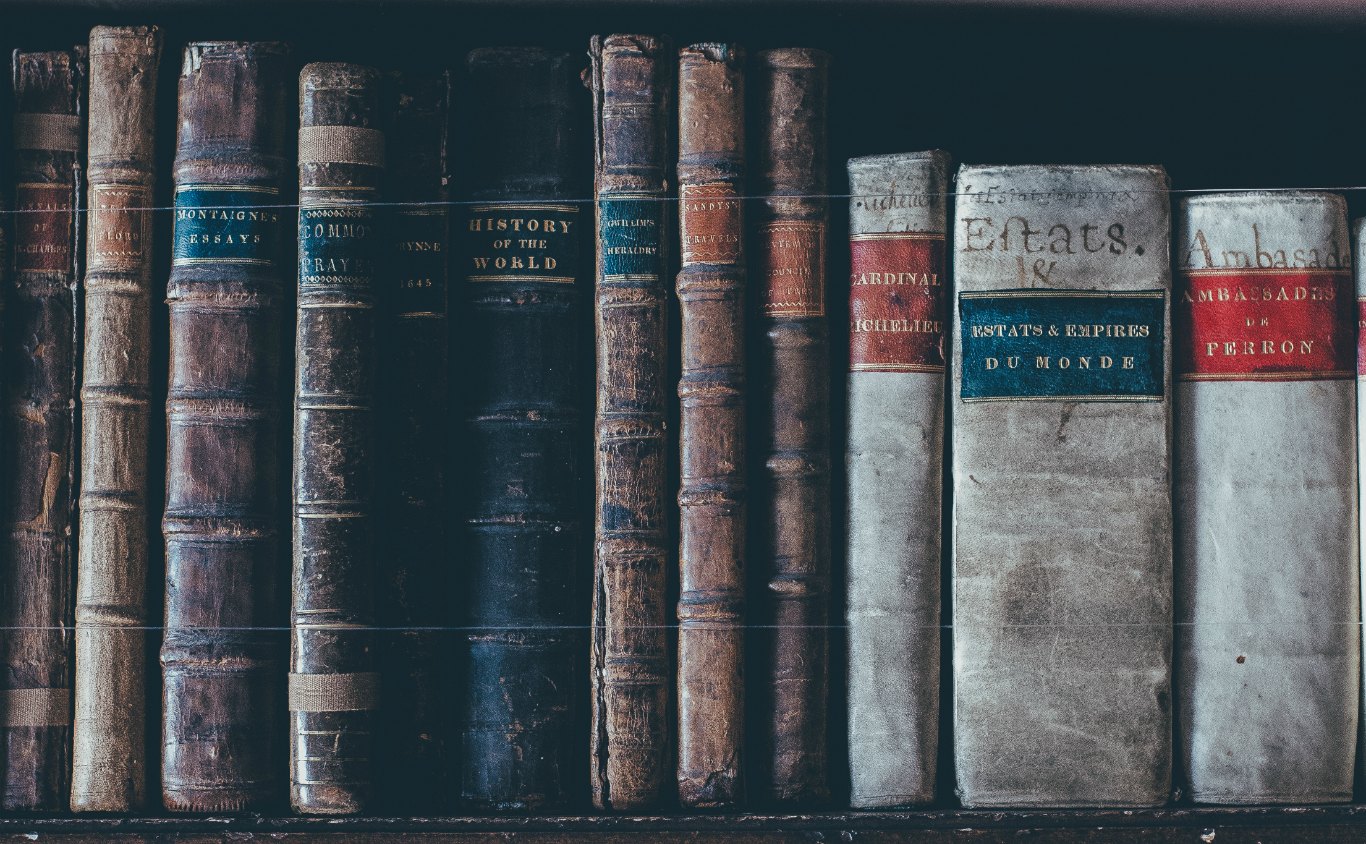 5 Women Teachers Who Made History by Never Giving up

All teachers who inspire kids to believe in themselves and that they are worthy of living the life of their dreams are heroes in my opinion. In honor of International Women’s Day and teachers who are out there making a difference in the lives of kids, here are 5 women teachers who made history by never giving up.

We know her best as Helen Keller’s teacher. What few of us realize is that Annie Sullivan overcame great odds to enroll in school herself as she was nearly blind as a child and orphaned at a young age. After such a rough up-bringing it took her a while to adjust at school. With a personal determination to succeed, and teachers who believed in her, she graduated valedictorian of her class in 1886.

In an essay entitled Foolish Remarks of a Foolish Woman she wrote of her early years:

“I have endured much physical pain, and I can feel real pity for any one who suffers. The misfortunes of the disinherited of the world rouse in me not only compassion but a fierce indignation.”

With this compassion and indignation she went on to make history, bringing the young blind, deaf and mute Helen Keller out of the darkness and into the light as Helen’s teacher, companion and lifelong friend. She helped Helen earn a college degree and was eventually given an honorary degree along with Helen from Temple University in Philadelphia in 1931 to which she reluctantly accepted a year after their offer. 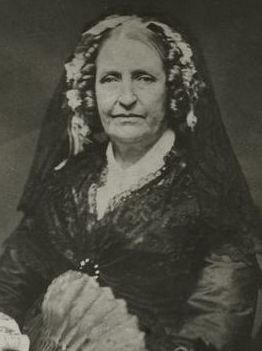 There’s a lot that we unintentionally take for granted in this life, for instance, being able to attend university as a female. Emma Willard was nearly the youngest of 17 children, her father a farmer who encouraged education and a passion for learning. Emma became a teacher at the age of 17, moving on to fight for women to be able to study mathematics and philosophy just like men. In 1819 she wrote a pamphlet called A Plan for Improving Female Education. It was her hope for there to be a publicly funded women’s seminary just like there was for men. After the long journey pursuing funding, she opened the first school in the United States to offer higher education for women in 1821.

Thanks to Emma’s perseverance, I am where I am today and maybe you are too. 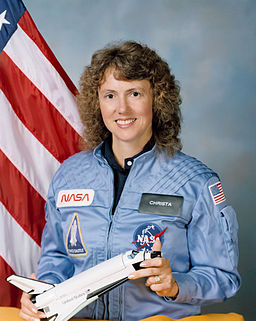 In 1984 when President Ronald Reagan announced that NASA would be not only be taking its first private citizen into space but that they were looking for a teacher to be the one to do so, Christa jumped at the opportunity. She had been fascinated with the space program since it launched. Christa made the final selection out of 11,000 applicants, with teacher Barbara Morgan as the runner up. Part of what made Christa’s application different was that it was simple. She proposed that her project would be to journal about her experience. As a teacher, she wrote a course for her high school called “The American Woman.” In it she had her students explore history through a woman’s eyes by examining journals and letters. Her mother Grace Corrigan said in an interview (full episode here on the biography channel) that Christa believed “history wasn’t made by just presidents and kings but common man.”

Christa described her mission in one of many interviews like this, "You have to dream. We all have to dream. Dreaming is okay. Imagine me teaching from space, all over the world, touching so many people's lives. That's a teacher's dream! I have a vision of the world as a global village, a world without boundaries. Imagine a history teacher making history!"

On January 28, 1986, disaster struck as far from ordinary citizen Christa McAuliffe and the entire crew of the Challenger were killed when Seventy-three seconds into its flight, the shuttle exploded due to a leak in one of the two Solid Rocket Boosters that ignited the main liquid fuel tank.

The world lost a courageous teacher that day whose dream lives on in all who are inspired by her legacy. 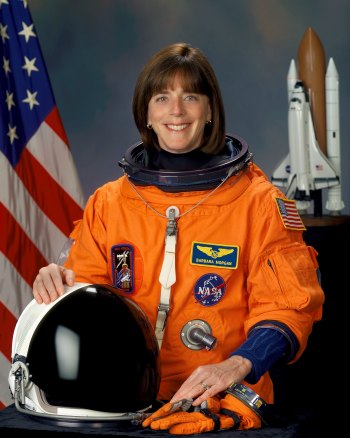 Barbara Morgan, another teacher who heard President Ronald Reagan’s announcement of the Teacher in Space program, knew immediately she would apply. “Because,” she said, “as teacher’s we’re always looking for opportunities to bring the world to our classroom.”  Barbara was selected as runner up to Christa McAuliffe for NASA’s Teacher in Space Program in 1985. After the tragedy of the Challenger, Barbara initially took over as Teacher in Space until the program was cancelled.

Barbara did not give up however and in 1998 was selected as an Astronaut candidate and began training to become a full-time astronaut. Her dream came true 23 years after she originally set out to be the first teacher in space.

Today she is retired from NASA and is working for Boise State University, promoting science, technology, engineering and math (STEM) education across the country.

Learn about her story of resilience on the one hour documentary Barbara Morgan: No Limits 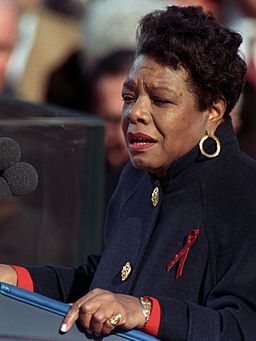 Most of us know Maya Angelou as the acclaimed American poet, author and civil rights activist who has inspired millions upon millions of people, but did you also know that she was a professor? Maya Angelou received more than 50 honorary degrees. In 1981, she accepted a professorship at Wake Forest University and was said to have from then on considered herself not "a writer who teaches, but a teacher who writes." In her over 32 years of teaching at Wake Forest University she touched many lives. A story on the Wake Forest University website says, “Angelou often told people she was a hard teacher, but a good one. “I will use any ploy to convey my message. I will sing. I will read Shakespeare.” She often invited students in her class into her home and cooked for them.”  Edwin Wilson, the university’s provost emeritus said of Dr. Angelou, she was an always generous friend: loving Wake Forest as we did and responding to every request for a speech, an interview, or a conversation with someone who wanted to meet her.  And — to the last — she displayed the lifelong courage that she inspired in others:  the greatest of all virtues, she said.”

Share this article with teachers who fiercely believe in their students and reach for the stars every day to show them that dreams are not just dreams, but with hard work and perseverance our dreams are our reality. 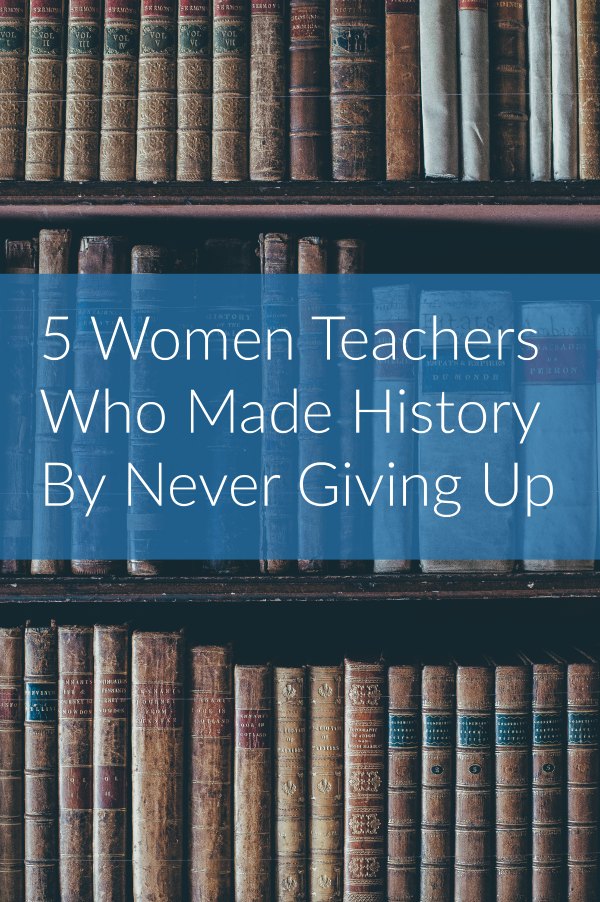